Not The Normal Way To Smoke Drugs

May 12 Posted by Mike Bires in Departmental News 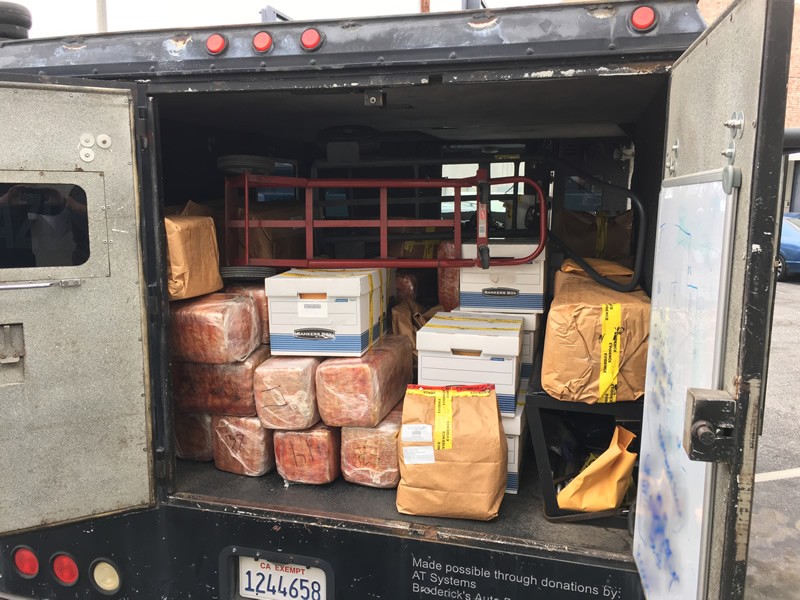 This last week, detectives and personnel from the Azusa Police Department purged a large quantity of drugs from the department's storage facility. This is periodically done by the department, after receiving an order from the courts.

Thanks to the extremely tireless efforts of the department's narcotics detectives, illegal narcotics and prescription medications have been seized in several cases. After the criminal cases have been completed, the drugs are destroyed so that they never can be used.

Under heavy security, the nearly 1300 Lbs. of drugs (with a street value of about $1.4 million), were transported to a location in Los Angeles county. Once unloaded from the department's armored vehicle, they were deposited into a large holding bin, which funneled into a large incinerator. The drugs were then burned up.