May 23 Posted by Jennifer Wu in Press Releases 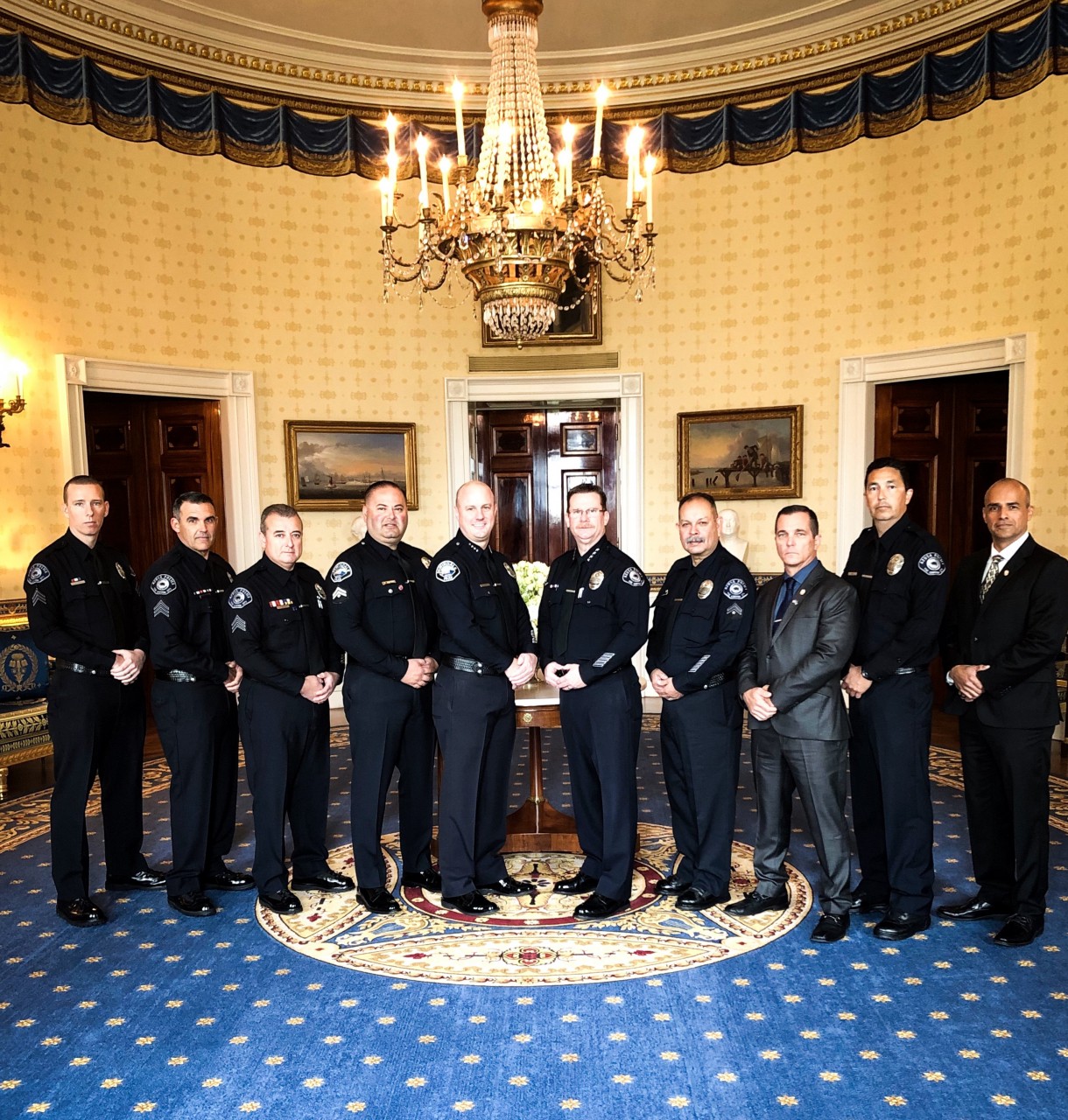 On May 22, 2019, seven members of the Azusa Police Department (both current and former) were awarded the Public Safety Officer Medal of Valor, which is the highest national award for valor that can be bestowed upon a public safety officer. The Medal of Valor was awarded by President Donald J. Trump, in conjunction with Attorney General William P. Barr, during a ceremony at the White House in Washington D.C.

The Public Safety Officer Medal of Valor was bestowed upon these officers for their heroic conduct above and beyond the call of duty during an active shooter incident on November 06, 2016 (Election Day). Their exceptional bravery, extraordinary presence of mind, and swiftness of action in the face of mortal danger was unparalleled and resulted in the rapid resolution of an incident that had the potential to claim countless innocent lives beyond the tragic loss sustained that day.

On behalf of the Azusa Police Department's Chief of Police, Stephan Hunt, the agency would like to express how deeply honored the men and women of the Azusa Police Department are to have had seven of its members recognized for their selfless and heroic actions on that fateful day. In addition to the exceptional pride felt towards its own members, the agency is also humbled by the acts of valor performed by the other recipients of the award, to certainly include the bravery displayed by Detective Manuel Campos, who selflessly answered the call to an active shooter by his neighboring agency. The collaborative efforts demonstrated by personnel from both the Azusa and Irwindale Police Departments exemplify the immeasurable solidarity of the brave men and women who proudly serve as law enforcement officers nationwide.

The Azusa Police Department, while recognizing the monumental honor bestowed upon its members, would also like to recognize the victims (Francis Varney Jr., Elida Dominguez, and Mary Valenzuela) and their loved ones, who all were impacted by the tremendous tragedy and senseless violence of that day. The events that transpired on that Election Day were felt nationwide, but never more deeply than by those directly impacted by the random and senseless violence imposed by the shooter. Chief Hunt, along with the Azusa Police Department and the City of Azusa, continue to stand firmly beside the victims and their families.

Thus, it is with great honor that we recognize the dedication, sacrifice, and selflessness of those honored today and express our sincere gratitude, respect, and admiration for their service.

For further information regarding the Medal of Valor and other recipients, please refer to the following link provided by the Department of Justice: https://www.bja.gov/programs/medalofvalor/