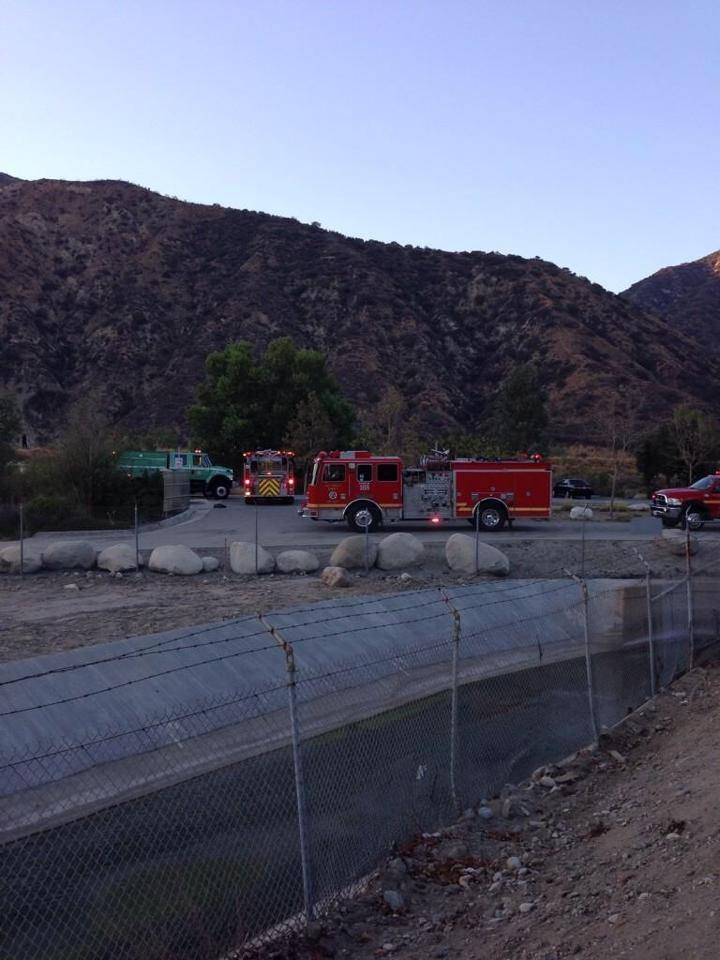 Due to the nearby Tecolote fire burning above Azusa, fire fighters were immediately on scene. They quickly extinguished the fire with aerial water drops and ground crews.

While investigating the fire, officers were directed by witnesses to two people who may have been responsible for the fire. Officers contacted a 56 year old male and a 19 year old male, both from Arcadia, who were exiting the riverbed. They admitted to causing the fire and were cooperative with the officers. At this time, no arrests have been made.

The fire is being investigated by the Azusa Police Department's Detective Bureau, and investigators from the Los Angeles County Fire Department. Preliminarily, it appears the fire may have been caused by a homemade science experiment.

For further information about this press release, please contact Lieutenant Steve Hunt at This email address is being protected from spambots. You need JavaScript enabled to view it.. If you have any information about this incident, please contact the Azusa Police Department at (626)812-3200. If you wish to remain anonymous, you may click on the "Anonymous Tip" logo at the top of our website.