Kickoff on America's favorite past time is just about ready to start. For many football fans, when it's time for Super Bowl LII, everyone's a fan…and Fans Don't Let Fans Drive Drunk. The California Office of Traffic Safety, Police, Sheriff and the CHP are huddling up for a special designated driver reminder to urge football fans across the nation not to drop the ball on this issue.

Impaired driving near or above the .08 BAC limit can be deadly, and even small amounts of alcohol can impair judgement to make driving unsafe. In 2016, the National Highway Traffic Safety Administration (NHTSA) reported there were 10,497 fatalities in motor vehicle traffic crashes involving drunk drivers nationwide. California recorded 1,059 DUI deaths at .08 BAC or above according to the NHTSA.

The Azusa Police Department supports the new effort from the Office of Traffic Safety that aims to educate all drivers that "DUI Doesn't Just Mean Booze." Drug-impaired driving is a problem on California roadways. Like drunk driving, drugged driving is impaired driving, which means it is dangerous and illegal.Whether the drug is legally prescribed, an illicit drug or marijuana, driving while drug impaired poses a threat to the driver, vehicle passengers, and other motorists, and driving high can lead to a DUI.

There are many other ways to ensure a safe ride home besides relying on a friend. The OTS DDVIP app is now available for free download on iOS and Android devices. The app offers enhanced features, allowing users to search all participating bars and restaurants throughout California. Additionally, the app users can easily order a sober ride from Uber, Lyft or Curb.

This Super Bowl weekend, be a team player and help keep impaired drivers from getting behind the wheel. Don't fumble! Designate your sober driver before the big game begins. And remember: Fans Don't Let Fans Drive Drunk.

CONTACT: Sergeant Robert J. Landeros, (626) 812-3200, This email address is being protected from spambots. You need JavaScript enabled to view it. 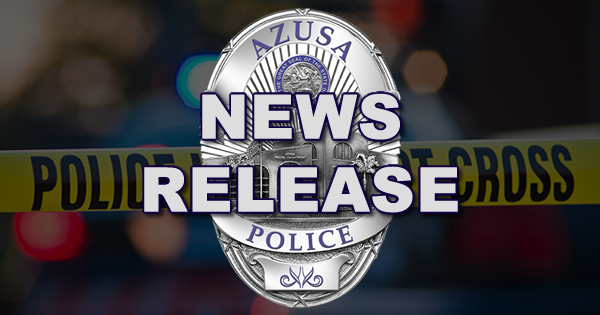