Welcome to our department's blog. We post news, information and updates pertaining to our department frequently in this section of the website.
Font size: + –
Print
1 minute reading time (220 words) 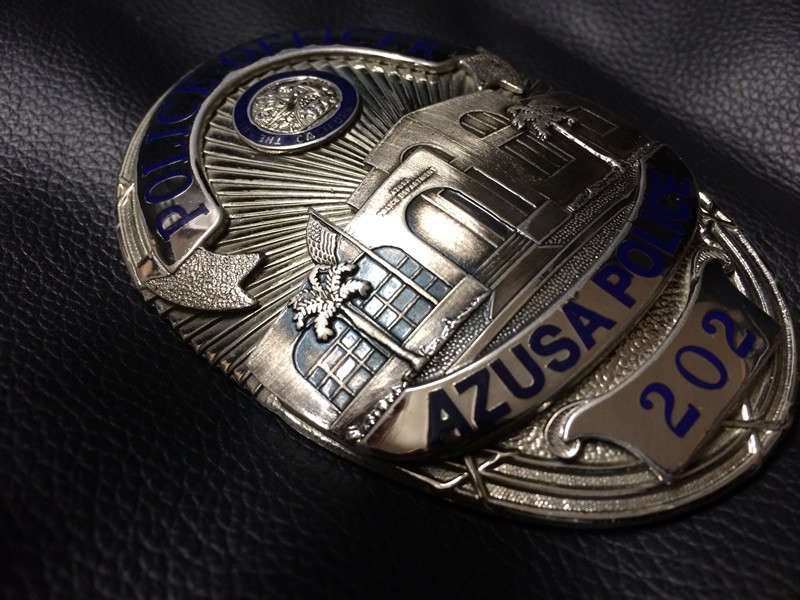 On Tuesday, January 21st, Councilman Eddie Alvarez had the distinct honor of swearing in not only a new officer to the Azusa Police Department, but a new member to the law enforcement profession.  Officer Samantha Sloniker raised her right hand and took the oath of office in front of the council meeting, as her friends and family watched proudly. 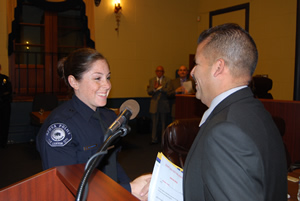 Officer Sloniker began the San Bernardino Sheriff's Academy on July 15th, 2013. For a period of 23 weeks, she attended legal and procedural classes, grueling physical fitness sessions and firearms qualification courses. Upon graduating with the other graduates of Class 191, she was assigned to the Azusa Police Department's Training Bureau.

Officer Sloniker received an additional 2 weeks of orientation and preperation for the Field Training Program. She is now assigned to the Patrol Division, and has currently begun her field training, in which she will be tested and evaluated by Field Training Officers over the next 25 weeks.