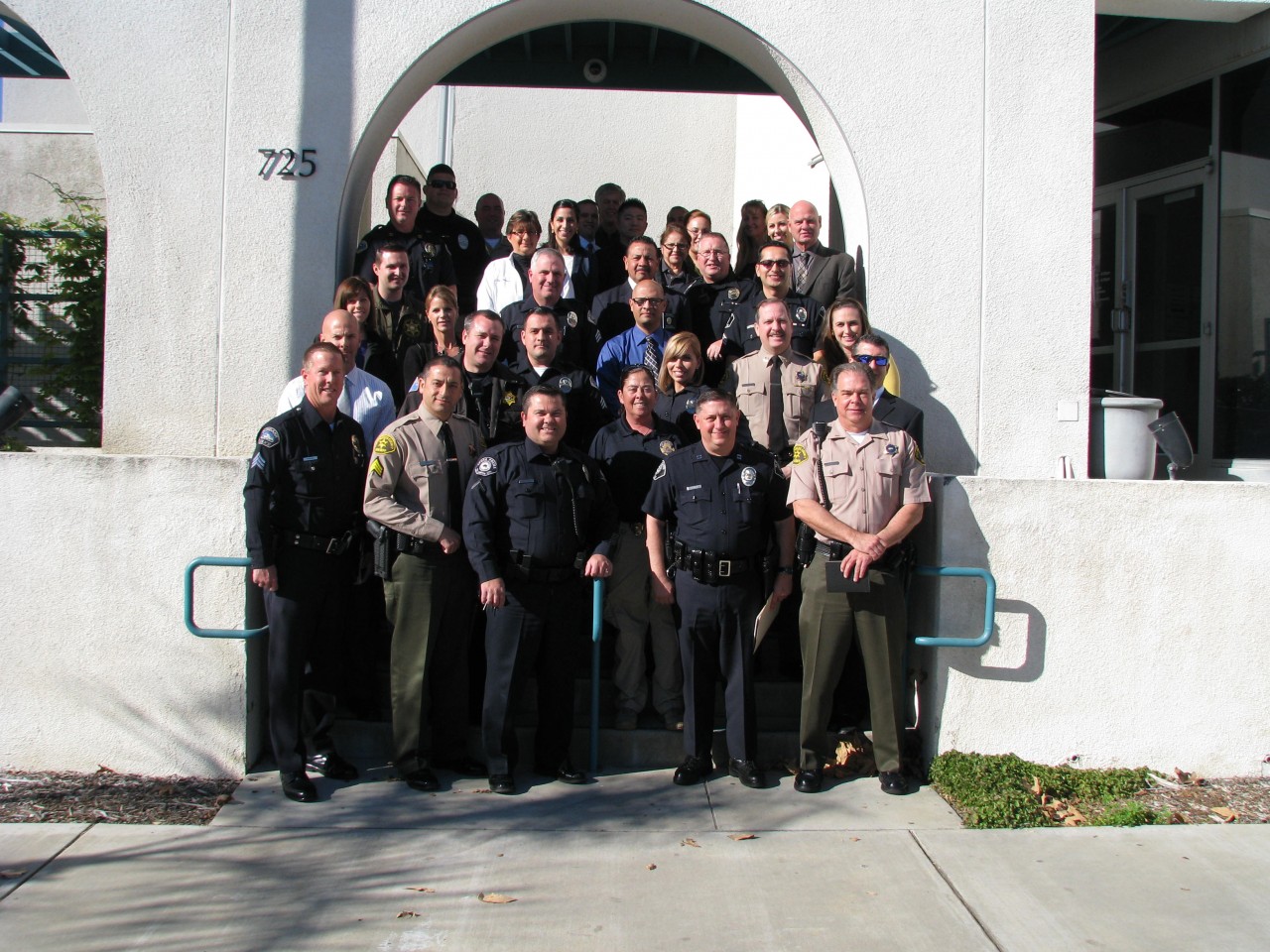 From Twitter and Facebook to websites, these police officers use the power of the internet to reach out to communities in the San Gabriel Valley

Officers from practically every law enforcement agency in the San Gabriel Valley met today at the Azusa Police Department with one common goal - getting information to their communities. With approximately 40 police officers and administrators in the room, it was decided the group would go forth under the name of the San Gabriel Valley Law Enforcement Social Media Group. 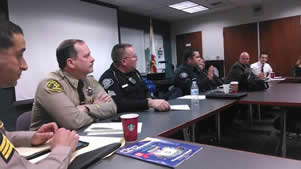 The group will allow these officers, who are their department's social media managers, to receive training from experts within the group, and from outside sources, on the usage of the most popular social media channels. It is imperative that these officers know the current trends on the world wide web, so they can tailor their outreach and messages to reach the people living, working and playing in their communities.

Helping Each Other During Emergencies

The officers will be able to work on what they refer to as e-Mutual Aid. Just as in all of law enforcement, there are plans in place for each police department to help their counterparts in other police departments, during high priority incidents, emergencies and disasters.  Through e-Mutual Aid, the officers will be able to help each other online, when they need help managing information which needs to be given to the public.

The idea to form the group came from when Officer Mike Bires of the Azusa PD was directing vehicle and pedestrian traffic during a recent forest fire which was occurring above Azusa.  Knowing he needed to get important information to those residents who were dependent on Highway 39 to get to their loved ones, he found himself busy with traffic control duties.  With a quick call to his counter-part with the Arcadia Police Department, Mike was able to enlist the help of Sergeant Tom LeVeque. 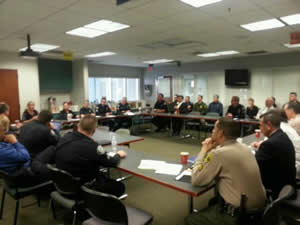 LeVeque began posting messages to the Azusa PD's social media platforms, by Bires relaying information over the phone. This, coupled with the television media allowed LeVeque to help Bires help his community.  At the conclusion of the fire, Bires knew he couldn't be the only one in the law enforcement social media community who has faced this problem before.

Bires called Captain Mike Parker, a trusted and highly knowledgeable social media expert at the Los Angeles County Sheriff's Department. With Parker's guidance, a few meetings, and a bunch of emails, the group came together.

Catering To The Public

The group spoke today about issues they have encountered when publishing items to the public. Using pictures or terminology in one city may gain support and attention from that community, yet won't garner any attention in a different area of the valley.

Through sharing of examples, the group was able to discuss and render various options for encountering those issues which are not so plain-and-simple.