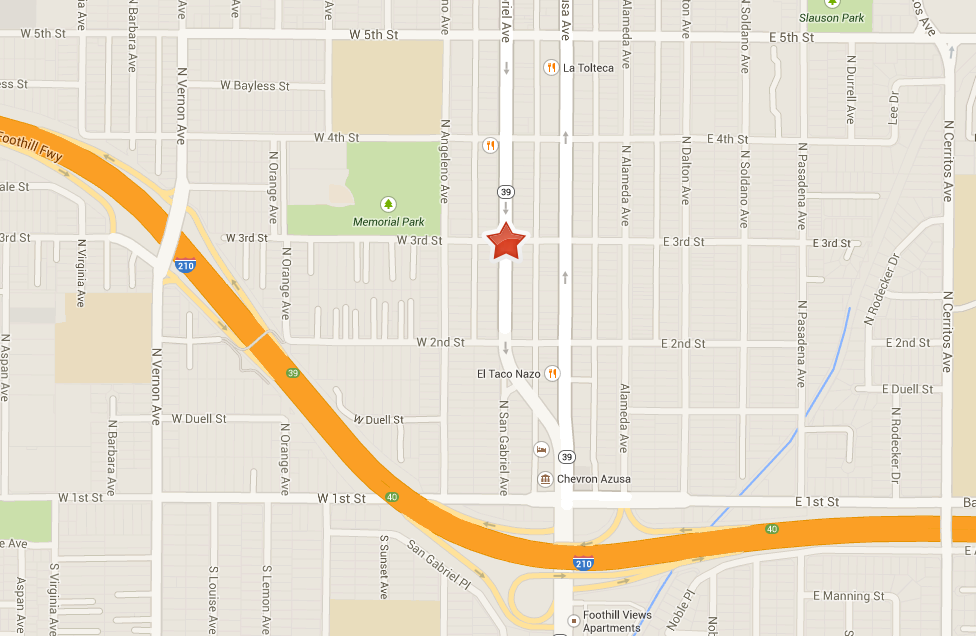 On September 01, 2014 at 9:02 pm, officers from the Azusa Police Department went to the 7-Eleven Convenience Store at 5575 N. Azusa Avenue, in regards to a report of a kidnapping. The patrol officers arrived and spoke to a female who told them her 11 year old child had been the victim of a crime.

The officers began their investigation and learned the child had been riding his bicycle home from Northside Park after a family gathering.  As the child rode southbound along the west sidewalk in the 300 block N. San Gabriel Avenue, a dark, older model van stopped in front of him. One suspect exited the van and approached the child from behind, while the driver remained in the vehicle.

The suspect grabbed the child, and pulled him towards the van. The suspect told the child to get into the van, however, the child struggled with the suspect and was able to get away from him. The suspect returned to the van and the driver drove away southbound on San Gabriel Avenue, from Third Street.

The suspect who grabbed the child was described as a dark complected male, unknown race, between 20-40 years of age, wearing dark clothing. He was reported to have a shaved head with short side burns, a moustache, and goatee. No description was provided for the second suspect.

The suspect vehicle was described as a dark colored older model van.

The child was not injured in this crime.

If anyone can provide additional information related to this kidnapping investigation, please contact the Azusa Police Department Detective Bureau at (626) 812-3200. If you wish to remain anonymous, you may click on the "Anonymous Tip" logo at the top of our website.

Please read our recently published article, "Child Abductions - What Parents And Children Should Know." Use the advice in the article to talk with your children about this topic. Remember to emphasize to them the "No, Go, Yell, Tell" technique found in the article.

Male Arrested For Exposing Himself To Student Walking To School