Social Media, Detectives And KABC7 Work Together To Solve A Crime 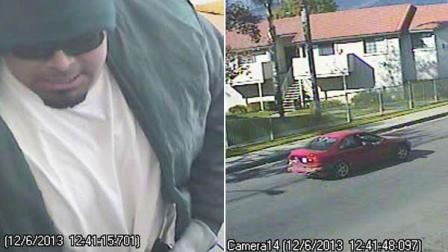 The Azusa Police Department's Social Media Program launches with success on it's first "Be On The Lookout" release of a subject wanted for attempted robbery.

This past December, a male entered the 7-Eleven Convenience Store at Fifth Street and Rockvale Avenue, with a handgun. After the male, who was later identified as Fredrick Aguilar, who is 22 years of age from Little Rock, California, unsuccessfully tried to rob the clerk, he ran out of the store and got into an vehicle, which quickly left the area. Police officers responded and saturated the area, but the male and the vehicle were not located. 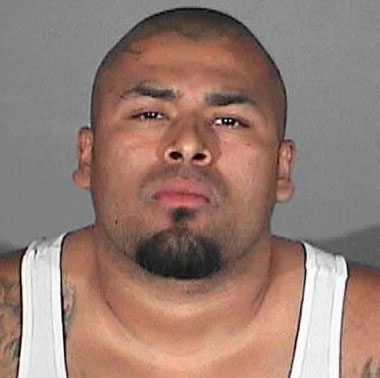 The handling detective, Detective Seth Chapman, sought out the assistance of the department's newly formed social media team, to help spread the word about this crime, as well as surveillance photographs of Aguilar, who was now considered an attempted armed robbery suspect.

This would be the first time the social media team went after a suspect through the use of social media. After months of reasearch, planning and development, the team used their tools and finally had an opportunity to go to work.

Using the law enforcement public messaging system known as Nixle, Officer Mike Bires sent the information and photographs out onto the world wide web. The subscribers to the department's Nixle feed, as well as their Facebook and Twitter feeds, saw the postings, as well as received emails and text messages with the same information.

Since KABC 7 also subscribes to the Azusa Police Department's Nixle feed, they received the information as well.  On the evening of December 16th, 2013, Aguilar and his vehicle were a featured story on the evening news, as well as KABC 7's website.

Because of this story being picked up by KABC 7, Detective Chapman was immediately contacted by a detective from another police department in the Los Angeles area. The detective had seen the KABC 7 news story, and later in the day, arrested Aguilar for a robbery in their jurisdiction. The detective recognized Aguilar from the story and called Detective Chapman to inform him Aguilar was no longer a threat to the communities safety.

Armed with the information provided by the allied agency, the Azusa PD detectives developed additional evidence which ultimately led them to presenting the case to the Los Angeles County District Attorney's Office.  Multiple charges, including attempted armed robbery, were filed against Aguilar.

"I want to thank ABC7 and other local news agencies for giving this violent act the attention needed to identify the suspect involved.  The Azusa Police Department is pleased with the outcome of this case, and hope that it will serve to further discourage similar acts from being perpetrated," said Detective Chapman.

If you would like to stay connected to the Azusa Police Department, subscribe to our Nixle feed here, and also follow us on any of our social media channels, which can be viewed here.

Azusa PD Uses Nixle For Emergency Alerts. Are You A Subscriber?